The elevator shaft once brought up. the heroin.

Now your blankets and trash are discarded in the rusted abyss.

The distinct smell of crack and meth house mixed with cigarettes, mold and bed bug spray.

Yet when times were rough indeed we still strived to achieve our dreams through tears and fears and thick and thin.

I’ll meet you in a ghetto in the sky and we’ll put a studio in our trap.

I promise you I’m doing good down here and thinking of you my friend.

For me it’s almost like there’s no one left and I can’t wait to see you instead.

We can view the memoirs of our lives mixed and mastered plastered onto the sands of time.

Where do Angels go when they die? I hope to see you again; in the ghetto in the sky. 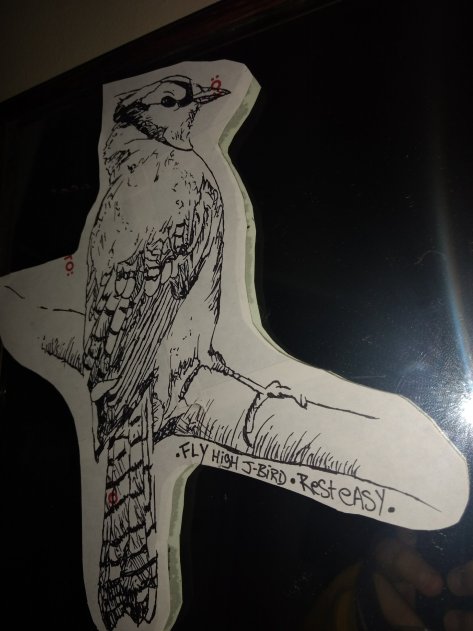 Drug Cartels and Gangs more often than not live by strict codes. If these groups were to strictly enforce a code against the use of fentanyl it would save lives AND make them more money. Gangs can’t make a profit off of people that are now dead because of their product and would avoid police by doing so. By banning the cutting of products with fentanyl in your groups; you will avoid bad publicity, retaliation for deaths as well as the police.

I’ve seen several documentaries over the past years of people creating stands at concerts so that people may test their drugs before use; non for profit agencies spreading awareness and substance harm reduction. If we were to implicate this same ideology in our vulnerable neighbourhoods it would at least give people a chance to know what they are about to take. We need to make these tests free and largely available to the public.

Large amounts of the fentanyl found in Canada can be traced back to chinese manufacturing and shipping. Canadian Law Enforcement and International leaders need to crack down on the Chinese imports and come down HARD. Our children are dying here and world needs to take notes on the big players; wheeling and dealing with the lives at risk. Who is at the top of the fentanyl food chain? And cut it off at the head.

Banning the sale, shipping and distribution of the pill press may not solve this issue but it would be a big step in the right direction. The current premier of British Columbia Christy Clark did not want the pill press banned. We should write our leaders and subject them to strong disapproval of how they are handling this crisis. Shame on you Christy Clark.

The more warnings in media about drug sources and drug awareness would make people think twice about what they put in their body; The Canadian government needs to spend money promoting drug awareness in Public places. In the poor neighbourhoods I go through the most prevalent advertisement is Alcohol. BY FAR. I am not impressed and would rather see a more productive approach to what is subjected to our eyes and our minds.

Education on all drugs; being so prevalent in todays society perhaps  should be a year around curriculum. This curriculum should be designed and maintained / up-kept on a regular basis to save the lives of this generation and generations to come in a pill filled society. Abstinence of drugs in our schools has never been successful and perhaps harm reduction is a proven tactic to prevent addiction / drug related deaths and increase treatment.

Vancouver was one of the first ( If not the first ) In the world to implement safe injection sites. A place where drug users can be assisted / monitored / watched while they inject and can stay in the facility while they are high. It was implemented in order to curb an H.I.V. epidemic in our community which was ranked one of the worst per capita in the world. AND IT WORKED. It saved thousands of lives and new In-Sites are in the works.

The war on drugs did not work. It created a systematic enslavement and increased addiction and poverty in specific communities.

Lets Just BE REALISTIC. And follow suite accordingly giving us a standardized use of drugs before this gets out of control… Oh wait it already is

It was a brutal year for Smokey D.

The Downtown Eastside graffiti artist lost 17 friends to overdoses, including Dawn, his girlfriend of a decade. After being clean for “a long time,” Dawn died at a party where she smoked crack and heroin cut with fentanyl, said Smokey, 47, who asked that his real name not be published.

“It ripped a hole in my heart, man,” he said. “I always thought I would die before her.”

Since an overdose crisis began sweeping across B.C. — killing 755 people in the first 11 months of 2016 alone — Smokey has painted a dozen murals, memorials for those who have died in the community and warnings about the dangers of using fentanyl-tainted street drugs without others present to call for help.

Fentanyl, a toxic opioid, has been detected in 60 per cent of illicit-drug overdose deaths this year, according to the B.C. Coroners Service.
“It killed a lot of people in my world, so I have no time for it,” Smokey said

In an alleyway near Hastings and Carrall streets, where people use drugs with health care workers nearby, Smokey’s brightly-coloured tributes and fact-based murals have some people calling him the “Underworld Street Reporter,” he said. Before Postmedia located him, drug users heaped praise on his paintings for keeping them aware of fentanyl’s deadly toll.

Smokey’s obsession with graffiti began when he was in high school in North Vancouver. He credits the 1984 film Beat Street, a drama exploring New York’s hip hop culture, with exposing him to a style of art he would spend the next three decades making his own.

He eschews costly street-art spray paint for whatever materials he can get his hands on. Most murals take 30 minutes and many are painted in moments of anguish, such as an alleyway tribute to Dawn he painted in the twilight hours one morning in June.

“Bright colours are good in a dark place,” he said.

Vancouver Island teen who died of suspected drug overdose was ‘honour student led astray’
But despite his tremendous loss in 2016, Smokey remains thankful for blessings in recent years.

In 1994, after a stint selling heroin and cocaine in Vancouver’s rave scene, Smokey found himself addicted, couch surfing and growing apart from his family. In the decade that followed, he was slapped with charges and jailed for his graffiti.

But he hasn’t seen the inside of a jail cell for eight years, he said. He believes Vancouver police are no longer bothered by his murals, which are mostly contained to the alleyways near Hastings. “Maybe it’s the messages, you know?” he said. 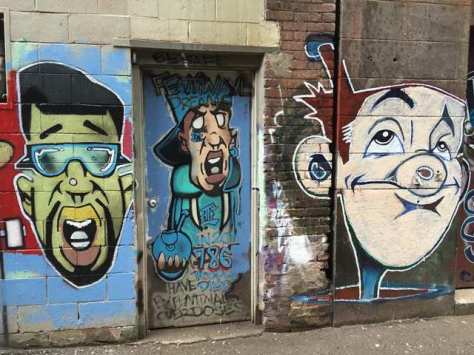 He’s grown closer to his eight-year-old son, who lives in Richmond, and in 2013, he became a participant of the SALOME prescription-heroin trial at the Providence Crosstown Clinic. He credits SALOME with helping him maintain his health and housing while keeping him out of trouble.

With tainted street drugs killing so many in B.C., he believes more drug users should have access to pharmaceutical heroin in a clinical setting.

He holds hope that his community can overcome the crisis taking so many lives.