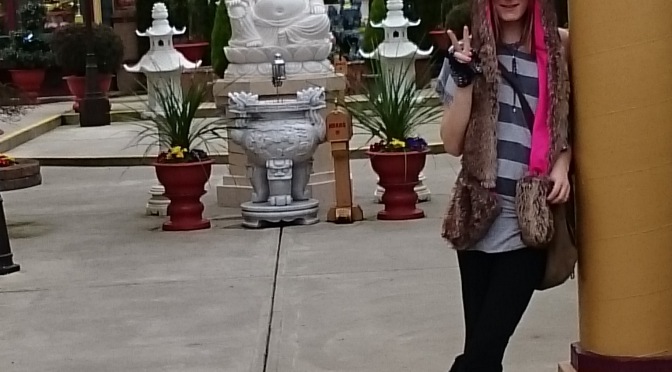 Where I want to go with my work:

Exploring myself, practicing Buddhist art and attempting to incorporate it into my graffiti. Writing more in depth personal blog posts and articles surrounding important world issues and politics. NOT GETTING ARRESTED. Taking time to do what is important ; needing to be done.

A person described as transgendered or transsexual usually identifies as, and desires to live and be accepted as, a member of the sex opposite to that indicated by his or her body. Thus some individuals have a strong feeling that they are female despite having male genitals or that they are a man despite having a woman’s genitals. Such people often say that they feel they are `in the wrong body’.

Ancient Indian literature contains numerous myths about people who spontaneously changed sex, usually as a result of having desire or sometimes even just admiration, for someone of the same sex. Several such stories are also found in Buddhist sources. The commentary to the Dhammapada (5th century CE?) includes a story about a man named Soreyya who changed into a woman after becoming entranced by a certain monk’s beautiful complexion. Later he married and supposedly bore two children (Dhp-a.324).

The Tipiñaka mentions several different types of transgendered states and individuals Ý the man-like woman (vepurisikà), sexual indistinctness (sambhinna), one with the characteristics of both genders (ubhatovya¤janaka), etc. (Vin.III,129). The existence of transgenderism is taken for granted in Buddhist literature with no moral judgments made about it.

Various theories have been posited to explain transgenderism; that it is a psychological or hormonal disorder or that it has genetic or environmental causes. The Buddhist doctrine of rebirth could help explain transgenderism. A person may be reborn as, say, a woman in numerous successive lives during which time feminine attitudes, desires, traits and dispositions become strongly imprinted on the mind. This would determine that she be continually reborn into a female body or that her consciousness would shape the new embryo into a female form; whatever factors are responsible for the physical characteristic of gender. Then, for either kammic, genetic or other reasons, the person may be reborn into a male body while retaining all the long-established feminine psychological traits.

If this or something like it, is the cause of transgenderism, it would mean that this condition is a natural one rather than a moral perversion as some religions maintain. The Buddha said that traits or dispositions (vàsasà) developed through a succession of lives (abbokiõõanã) may well express themselves in the present life and  not be an inner moral fault (dosatara) of anything done now (Ud.28).

Transgenderism has presumably existed in all Buddhist societies as it does everywhere else. However, transgendered people seem to be particularly visible and common in Thailand. The Thai word kathoey is used loosely for effeminate homosexuals, transvestites and particularly for transgendered people. Although such people have a degree of acceptance in Thailand, probably because of the general tolerance encouraged by Buddhism, they still face numerous social and legal difficulties. A jurisdiction in which the Dhamma was genuinely applied would recognize transgendered peoples’ specific needs and allow them to legally change their gender if and when they undergo gender reassignment surgery. –