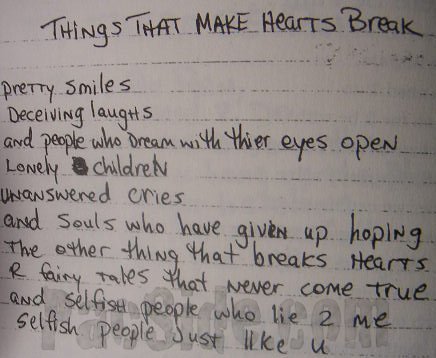 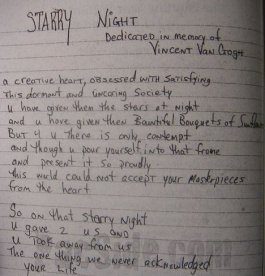 Nujabes, Wu Tang, A tribe called quest, Nas, Supernatural, Talib Kweli…. are a taste of the substance, although paid in full in the case of many true to form artists, the money is of no substance when spoken in hip hop, in particular; to the youth in possession of nothing. Bling bling isn’t a thing thing in hip hop. Maybe bling is fashion money is an accessory but in my opinion it just doesn’t belong. Taking from what is there. Inspired by hundreds of poets since my first three Wu cd’s , to the spark* : the first pressed rap vynal by the sugar hill gang I am submerged in the music, expressions, growth, not money nor violence.

Elementary school: My drum teacher introduced me to Tribe, I was addicted to tribe. In fact I still am! Lucien, Lucien, LUCIEN. LUCIEN, U SHOULD KNOW. *hahaha….My best friend showed me NWA ;my best friend….NWA a different breed and coast, but both served a purpose in my growth. Still just a seed trying to figure out what all these poets are REALLY trying to tell me. Knowledge is seemingly the lost element. The game is to be told not sold right?

The powerful dynamics of a Dr Dre album is enough to put a kid feeling on top the world. His production skills and writing, storytelling….it’s knowledge you know? Now he’s a billionaire, it’s something to be proud of but not flaunted nor taken as happiness, he lost his son, friends and family along the way, his legacy is not his money, it’s his continuing struggle to keep pushing the art.

I started battle rapping before the age of 13 in an upscale neighborhood, in a rap battle; you got to know something…. I knew it was going to be important in my growth. Slowly but surely every element of Hip hop took a form in my life and I happily embraced it. I like dancing, vynal spinning and producing….Graffiti addiction leading me to be in the system and harassed and often arrested by police but that just comes with the form and I accept it. Always feeling like the underdog the poets artists dancers and Dj’s rising into the limelight and tv screens was something that kept me going. Taking from what’s there….

Tupac has always been important to me; Humble at times, ” I may not change the world” but strong as he rebuttals… ” I will spark the brain that will change the world” This is important! Many great art forms became less noticeable after the 90;s. Not simplify hip hop but maybe every generation has a point where they say everything

The gift of gab should be taken seriously, something I often overlooked myself, my ego barrier. Rza ;the Abbott of the Wu (the teacher) and is a perfect example of what the uses are of the lost element of Hip hop. For a better tomorrow let us not lose ourselves to ego, as the earth is at a tipping point make sure to stand on a side of balance. 360 Degrees.