Calm and at peace

is inside of me

Not the anger, fear or frustration

Not a responsibility nor care in the world

is also inside of me

Not anything; man-made, man-kind

is inside of me

Calm yourself and be still

Feel the air going in and out for this moment

Love entails you to be grounded

There is simply no room for ego

Love with all that you have

With everything you’ve got

Because love is all that you have

Be patient and love each moment

This moment is all you have

A Buddhist monk who studied and meditated on the teachings of Buddha for over a decade wanted to speak with an enlightened one who dwelled alone in a small temple high in the mountains. He prepared for his journey eager to hear his teaching. After 7 days of rigorous hiking he reached the temple.

The master greeted him and welcomed him inside. The master put some tea on to boil and they sat in silence. The monk became very eager and unsettled in not hearing his teaching. The master poured the tea and sat with the monk. The monk didn’t drink his tea and began questioning his master of Buddha.

The master replied.. “You have studied Buddhism for 20 years and can not simply enjoy this cup of tea?” The monk wept…. as another step to enlightenment lay under his feet…. 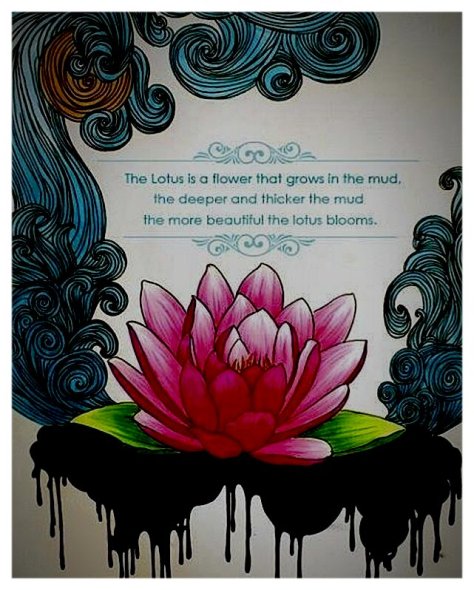 Instead of what you need; what about what you do not?

In a world of depressive materialism; poverty and pollution

I dont intent to tread on trend; pretenders I severed an end

Theres a fine line drawn in the sand; trampled

Without mindful intent; a spiritual glance

What is the zen and the trance; compassion enhanced

And when does my third eye open; to notice what controls my emotions

Carefully ponder; what I do and what I do not need

Clothing and shelter and ease

No harm. No foul.

What I do. And what I do not need. 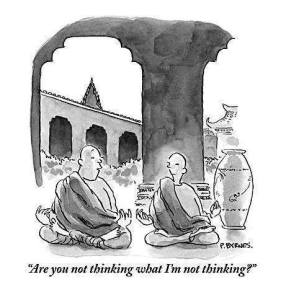 A master calligrapher was writing some characters onto a piece of paper. One of his especially perceptive students was watching him. When the calligrapher was finished, he asked for the student’s opinion – who immediately told him that it wasn’t any good. The master tried again, but the student criticized the work again.

Over and over, the calligrapher carefully redrew the same characters, and each time the student rejected it. Finally, when the student had turned his attention away to something else and wasn’t watching, the master seized the opportunity to quickly dash off the characters. “There! How’s that?,” he asked the student. The student turned to look. “THAT…. is a masterpiece!” he exclaimed.

Meanings: “Originality is what makes each of us a masterpiece. Don’t stick to the same old way of doing things.”

“Stop thinking and just do what’s natural for you, instead of what’s expected. Some of our best work is done when we least expect it.”

“You can’t perform perfectly under the watch of critical eyes. When you don’t force perfection, it happens by itself, spontaneously. Great things happen when you least suspect it.”

“Whenever you watch over someone you make them self-conscious and uncreative. It’s like trying to teach a child. If you let them alone they will usually figure it out themselves and it will be great.” – See

I will practice coming back to the present moment, not letting regrets and sorrow drag me back into the past, or letting anxieties, fears, or cravings pull me out.

Source: Coming back to the present moment